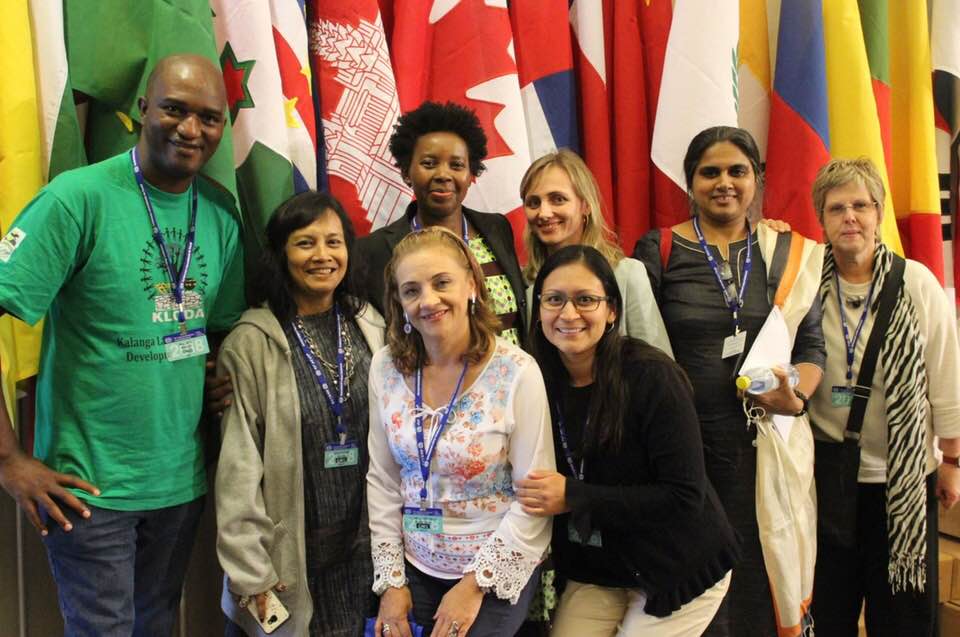 It was a first time for most of the StreetNet delegates to attend the ILC, so it was valuable to get an in-depth understanding of the Conference. The StreetNet delegation mainly focussed its presence and attention on the work of the Tripartite Committee on Ending Violence and Harassment, which has been developing a new international standard-setting instrument on preventing violence and harassment in the world of work.

StreetNet delegates attending the 107th Session of the ILC 2018

ZCIEA Secretary General Wisborn Malaya (Zimbabwe) delivered a strong statement from StreetNet during this Tripartite Committee Meeting highlighting on real examples of violence and harassment towards street and market vendors around the world.

Prior to the Committee meetings, StreetNet had daily morning caucuses with other organizations of informal sector workers to discuss possible amendments to the original text (developed by the ILO Office) of the upcoming Convention (supplemented by the Recommendation) on the Ending Violence and Harassment in the world of work. This group of informal sector workers, led by WIEGO, submitted its proposed amendments to the Workers’ Group of the Tripartite Committee on Ending Violence in hopes that these amendments would be put forward for discussion in the Tripartite Committee Meeting. The main amendment sought was “to add to the text of the Clause 5 of possible Convention the wording of: “Perpetrators and/or victims of the violence and harassment can be the State/local authority/law enforcement bodies… “

The Tripartite Committee did support the adoption of the standard setting instrument to be in the form of the Convention supplemented by the Recommendation on Ending the Violence and Harassment in the World of Work.

Lorraine Sibanda, the President of StreetNet also spoke at the Tripartite Committee on Social Dialogue and Tripartism despite some blockages created by the Employers’ Group.

Five minutes intervention of StreetNet President Lorraine Sibanda at the ILC Plenary was very impressive and successful as she urged all social partners to adapt to changing realities so as to increase their representativeness and practical inclusivity of workers in the informal economy into the social dialogue structures.

Some of the members of StreetNet Delegation also attended a side event called “Tripartism plus: Rethinking Social Dialogue in Times of Globalization & Informalization,” which was hosted by the World Council of Churches.  In conjunction with the 107th International Labour Conference, this event sought to raise awareness of the opportunities and challenges associated with social dialogue, highlight its potential and limits in our societies, and facilitate a creative discussion on the different positions and approaches in reinforcing Social Dialogue within and beyond the ILO at the national and local level.

Finally, the StreetNet delegation was successful and productive as it met and networked with many StreetNet allies and partners.