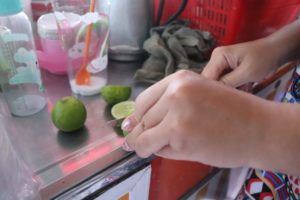 Pheng Rathana began vending ten years ago because she had difficulty finding another job and needed to contribute to her family’s income. Running a cold drinks and coffee cart seemed like a creative way to use her previous restaurant industry experience.

When she began vending, her cart was ideally situated. Her many neighbours were regular customers, and the business was successful. But Rathana also had to pay US $100 a month in rent to station the cart on the pavement in front of a house. Soon after she began vending, Rathana says, the house owner saw how well the cart was doing and began an almost decade-long campaign to evict Rathana because she herself wanted to sell there. 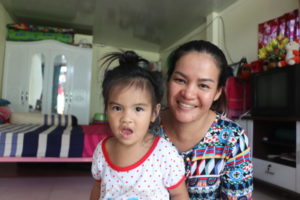 Rathana didn’t know who to turn to. “This was our income,” she says, “We couldn’t just leave.” Then, a tuk-tuk driver suggested that she may be able to find support through IDEA. Three other vendors in her community were having similar problems, so Rathana rallied them, and they visited IDEA together. Rathana became an IDEA member soon after and, with IDEA’s help, began a decade-long battle against eviction.

By participating in IDEA trainings in negotiation skills, non-violent tactics, and in helping her understand her rights as a citizen and vendor, Rathana learned that the house-owner did not own the pavement. In fact, the pavement was public space and belonged to city citizens who, like her, pay service fees. And, as Rathana says, the right to the pavement is particularly important for street vendors because, “Here, all the poor sell on every street. People have a right to sell, have a right to be secure, and have a right to survive—poor people don’t have enough money to open up a big shop.” 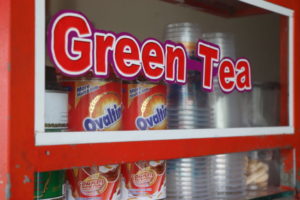 With IDEA behind her, Rathana was able to ward off three formal eviction notices, and the local authority finally called a meeting and offered her compensation to move. The offer, however, was too low for Rathana to accept. To break the stalemate, IDEA called for a meeting with the next level of government, which demanded the local authority negotiate fair compensation.

Rathana still did not want to leave her place of business, but because her family is so poor, she could not keep fighting. The agreed-on compensation was enough to pay back a loan the family had to take out to cover the protracted battle, but the family had to find a home that could double as a vending site. For the past three months, the family has lived in the Sangkat Chbar Ambovll district. “There is less income here,” she says, “but we didn’t have a choice.” 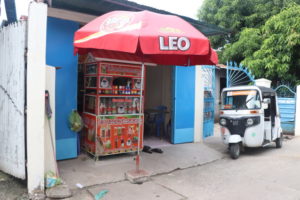 Now, Rathana worries the family will not have enough money to keep sending their children to school. But, as her heartbreaking battle attests, she is also both tenacious and optimistic. She says that she and her husband learned many skills through this experience. “Now we are happy because we are able to help other people with what we’ve learned.”

Read  more about how IDEA creates change by downloading the PDF.