"Now, we can sit comfortable in our structures, and if we leave, the police are not spoiling them. I feel very, very good about that."

Although she is only 46, Precious Chesson has the gravitas of someone much older. Maybe her poise comes from her consummately professional appearance—she takes care to dress in fine and well-cared-for dresses. Maybe it comes from how she sits perfectly straight and still in conversation, focusing all of her attention on the speaker. Or maybe it is the authoritative way in which she presides over her shop in the Duala Market in Monrovia, Liberia.

The shop is a large one with a backroom, a large indoor area, and an outdoor space sheltered from the sun by a tin roof. Set on a main road a short distance from the trading centre, the shop is awash in the sounds of market vendors calling out their goods above passing traffic. Inside, every inch of the shop overflows with colourful small dishes, wash basins, buckets, crates, pots, and baskets.

These goods come from Liberia and further afield—once a month Precious journeys to Guinea or Cote D’Ivoire to purchase them. Running such a large shop with this variety of merchandise requires grit, but grit and perseverance are qualities that Precious, as her story makes clear, has always possessed.

Precious needed to be tough to build her business. As a young adult, she lived through two civil wars, the latter of which brought heavy shelling, death, and displacement to the city. “The war time was not easy,” Precious says. She and her mother grew their own food and sewed their own clothes out of old material, at times struggling to make ends meet. “I had two skirts,” Precious recalls, “One black, one red. I washed one today to wear tomorrow.”

For Precious, wartime stress was intensified by the pressure of supporting a growing family—just before the first war, Precious gave birth to her first child, and her family would eventually grow to six children. She needed a way to support and educate them, which can be especially difficult for Liberian women, who have less access than men to education, financial services, and property.

So, when she was a 22-year-old mother with a 4-year-old child, Precious began street vending with ten Liberian dollars in her pocket.

In her first business, she sold black pepper, which she says she acquired by “running behind cars.” She explains: vendors would gather at a road junction early in the morning. By 4 a.m., a car would come from out of town, its roof piled high with goods. The vendors would run behind the car and throw their lapas, or cloths, on top of the pile. Whatever a vendor’s lapa touched was what the vendor could claim as hers to sell for the day—if she could negotiate a price for the goods with the driver.

It was, Precious says, “a highly stressful business” that carried much risk and did not bring much profit.

Still, over 11 years, Precious continued to vend pepper, to grow her business, and to save with a single-minded focus, all of which allowed her to open her own plastic-goods shop in 2006.

Her determination has also helped her educate each of her children, who are currently in varying stages of schooling; her eldest daughter has just received a Bachelor of Science while the youngest is in sixth grade. “All of this,” Precious says, “from ten dollars. I pushed ahead. I did not want to go back.”

But pushing ahead as a street vendor in Monrovia is certainly not easy. Like street vendors around the world, these informal workers face the daily realities of insecure incomes and trading sites, poor sanitation conditions, and, especially in Liberia, brutal police harassment, extortion, and violence.

In Monrovia, city ordinances prevent selling food on the street, and police, taking a liberal view of these ordinances, harass vendors regardless of what they are selling. Yet, street vending is the only option many workers have to support their families, so they must take this risk. 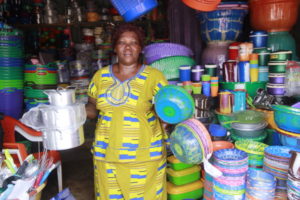 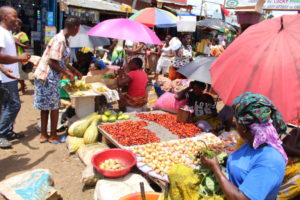 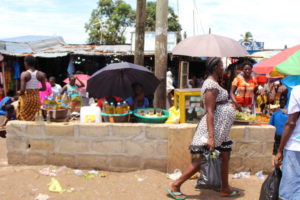 As Precious recounts, police in her market used to “take your goods and chuck it in the water. They want money. They were terrible, very, very terrible. At that time, you can’t even do any other thing except to sit in your stall all day because each time you leave your market, they take your stuff and chuck it.” The violence can reach catastrophic proportions: Precious’ own brother, a street vendor, was killed by police in a market incident.

Police harassment and violence can also have terrible financial consequences for street vendors and their families. This is especially true for women vendors, who often provide for large extended families of parents, brothers and sisters, nieces and nephews, and other orphaned children. Precious’ own household totals 19 people, including her husband who, because of a debilitating stroke, has been unable to work since 2011.

As Comfort Doryen, National Chairperson of the Federation of Petty Traders and Informal Workers Union of Liberia (FEPTIWUL), says, informal workers “are struggling on their own to make ends meet. To support themselves. It’s a lot of pressure for the women…they are working, they are taking care of their families. They are paying rent, they are sending their children to school all from trading. Just from trading.”

So, when police confiscate goods, the entire family’s well-being in terms of food, clothing, school, and housing is jeopardized—and the street vendor often has no power to prevent it.

The Right to Earn a Livelihood with Peace and Security

But in 2009, a group of street vendors responded to this struggle to earn a livelihood with freedom from unrelenting police harassment, extortion, and violence. This group marched to Monrovia’s City Hall to help focus attention on vendors’ plight and to gain support for forming an organization that could negotiate with the city around the right to trade.

Out of this march, FEPTIWUL was born. FEPTIWUL secured promises from the Mayor’s office to provide vendors with formal licenses that would help mitigate police action.

Yet licenses were never issued, and FEPTIWUL’s early attempts at negotiation with the city and the Liberian National Police were ignored and rebuffed. The fledging organization struggled under the monumental task of engaging with an often-unwilling city and holding it accountable to its commitments.

Leaders gained the knowledge and confidence to demand their rights with authorities, to learn about and so to bargain more effectively with their negotiating partners, to effectively use negotiation techniques, and to develop FEPTIWUL’s own internal structures and relationships. With StreetNet’s support, FEPTIWUL built a strong, democratically-elected organization. Today, it represents over 5,000 traders in 13 of 15 Liberia’s counties.

Precious is one of those members, and she has been an important part of FEPTIWUL’s leadership for the last year. She joined in 2017 because, as she said, “Police were still bossing our places, giving us a hard time.” When Isemaila Zoker (known locally simply as “Zoker”), a fellow vendor, approached her with the benefits of joining the association, she knew she could trust him. As she says, “Honestly, as a human being, I trust myself first. So, the trust I have built in myself, I put it in him and said I would trust him to move it forward.”

Zoker proved true to his word—when problems with police occurred, Zoker talked with them on behalf of vendors and tried to retrieve confiscated market goods. Also, “he encouraged me,” Precious says. “He said we were all suffering on the streets, and FEPTIWUL would be our backup.” 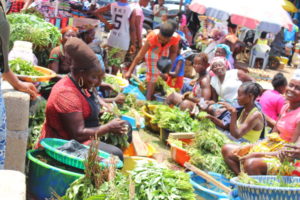 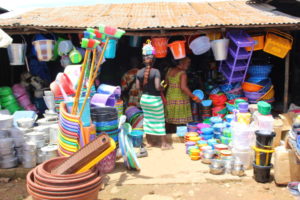 Precious went on to attend the StreetNet capacity-building workshops, taking the skills she learned into her newly elected role as FEPTIWUL’s Deputy Coordinator of the Duala Market Branch. Today, she helps Zoker, now the elected Branch Coordinator, negotiate with police and encourage vendors to stay in demarcated areas to help deter police raids.

As Precious’ FEPTIWUL colleague Satta Konneh says, “Vendors know if they have problems with police, FEPTIWUL will go there, and we will talk for them. The police know us, know we are from the market, and know we are working with them.”

As a result of FEPTIWUL efforts, vendors in Duala Market say instances of harassment and bribes have declined and that there have been no unannounced raids in the areas FEPTIWUL manages over the last year. As Precious says, “The difference is very big, very wide. Now, we can sit comfortable in our structures, and if we leave, the police are not spoiling them. I feel very, very good about that.”

She says she’s also seen many other benefits of working in a collective with other traders. “I see how they help our friends move up, how they help us interact with people. I see the benefit of not using violence.”

She can also see how the FEPTIWUL leadership is evolving. “We are moving together,” she says. “And when our coordinator is doing something we don’t agree with, we tell him. We do things by committee.”

This approach—using learned leadership and negotiations skills to work collectively—is also bearing fruit for FEPTIWUL as a whole. In 2018, it successfully negotiated a three-year MOU with the Monrovia City Corporation, which will allow traders to operate securely in Central Monrovia. FEPTIWUL is taking this success into New Kru town, where the Duala Market is located, negotiating to sign a similar agreement here.

Precious has hope that the Federation will also continue to grow in numbers and in capacity and that more livelihoods and lives will change from here. “We want to improve our sisters who are still struggling,” she says. “To improve their lives in the Federation. To be there to hear their stories.”