"When I am old, I will have savings."

When Rajani first came with her children to Indore, they were extremely poor. To feed her family, Rajani boiled flour in water to make gruel. She found a very low-paying job in a medicine factory, where she did not earn enough to both make rent and buy food. Women at the factory shared their lunchtime rotis, which Rajani would wrap up to take home to her children. She herself ate only once a day, collected whatever household goods the family needed from what others threw away, and bought small amounts of food and cooking supplies when she could.

Rajani built a hut in what is now Sindhi Colony but was then, as Rajani says, “like a jungle.” Completely undeveloped, the community consisted of temporary shacks around a huge drain, and it wasn’t long before the municipal corporation decided the shacks were best demolished. 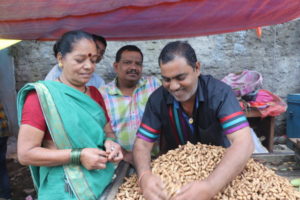 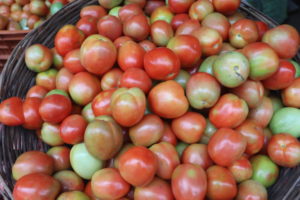 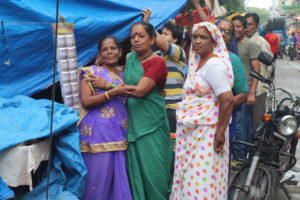 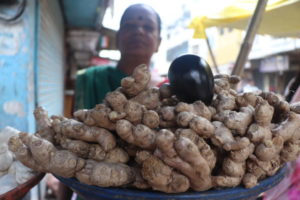 When Rajani and other women went to the municipal offices in hopes of stopping the eviction, they met Annapurna Prajapati, the SEWA organizer. Annapurna helped the women negotiate settlements around the eviction, with which Rajani was able to acquire land for a new home.

Rajani soon became a SEWA member, participating in the trainings that helped her evolve into such a key community leader today. “Being with SEWA,” Rajani says, “I have come up in life. SEWA has helped me, and I have saved. With my savings and loans, I have brought about changes.”

Rajani now operates three stalls, and, with the help of SEWA loans, has been able to build a three-story house, from which she receives rental income from three flats. Her flat and her daughter’s flat next door, while still each one room, show some signs of greater flexibility of income—a fridge hums and a fish-tank bubbles in the background. And Rajani is fortunate because, as she says, “when I am old, I will have savings.”

Today, Rajani’s hours are still very long—her days begins at five a.m. when she begins her trek to the vegetable mundi to collect produce to sell for the day. By eight, she is selling at one of her stalls, where she remains until nine p.m. The security of her income and goods are still subject to government forces. But as her daughter says, “an ocean is changed drop by drop.” Read  more about how SEWA creates change by downloading the PDF.