"I want to keep organizing, to help people be fiercer and braver" 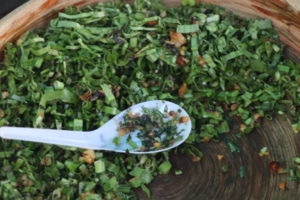 Sem Samol is part of the future IDEA members strive to improve for the next generations of street vendors. In this 25-year-old woman, so much of IDEA’s collective effort is bearing fruit. Samol operates a drinks cart on a busy road in Segankat Tuekthla, just a half-block down from a major television station. 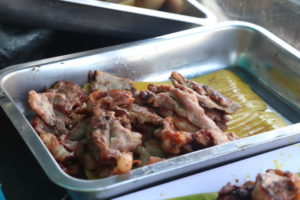 She also helps her sister with a meal stall, serving soup and sizzling barbequed meat. This morning, hair tucked back under a pink Hello Kitty hat, Samol is running both stalls on her own, and she is busy ladling soup into bowls, wrangling noodles, and serving drinks. She is quick, efficient, and confident in each movement. It’s hard to believe that just three years ago, when she joined IDEA, Samol was timid.

Samol had previously worked in a tumultuous household as a domestic worker, so when her sister asked her to help with the food stall, she readily agreed. Her life became the stall and home, home and the stall—she did not feel brave enough to venture further.

Securing their site to vend also became difficult for the sisters as the TV station’s security guard kept asking them to move further and further away from the gates. They didn’t know how to move and keep serving the station’s employees, with whom the sisters had a good relationship. They didn’t know how other street vendors coped. Help soon arrived, however, when an IDEA organizer visited the neighbourhood and explained the benefits of joining.

Samol in particular has dived into the rights and negotiation-based trainings. As she says, “they have helped me to be confident and brave. Now, the TV station’s security guard is constantly telling me to move, but I don’t. The traffic police 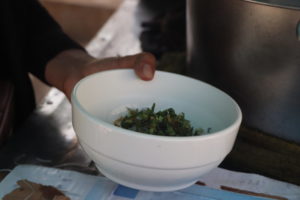 have also told me I have to move, but I say, I’ve been here three years already. What’s changed now?”

Being young, single, and without children to support, Samol says she’s been able to take a wide swath of training, including Citizen Journalism, where she learned to discern news stories from propaganda. Through an IDEA partnership with a youth organization, one that reflects both IDEA’s and StreetNet’s commitment to improving the lives and livelihoods of future generations of street vendors, she’s also learned computer skills, which have allowed her to volunteer in IDEA’s offices as an administrative assistant.

Through volunteering, she’s learned business skills, like how to do a report and how to communicate effectively with IDEA’s diverse membership. The latter is a skill she can take with her into the field when she organizes new members, which itself requires persistence. “Some vendors welcome us, and some don’t. It takes a long time to build trust.”

Samol also serves as a mentor to current members. She leads trainings, teaching mentees how to develop relationships with other street vendors and authorities. She helps identify potential new leaders, which is particularly important in a culture that trusts the community leader structure. In fact, other street vendors trust Samol so much she’s been elected as the street vendor representative to IDEA’s General Counsel. 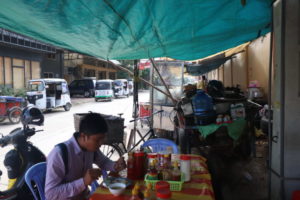 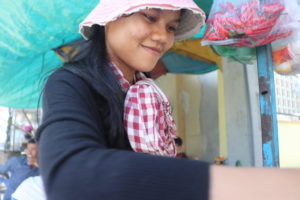 As for herself, she hopes through more training—currently she is participating in IDEA’s intensive Women’s Leadership Training—and her volunteer work, she will gain enough skills to move into a different job. “But,” she says, “I want to keep organizing, too, to help people be fiercer and braver.” Read  more about how IDEA creates change by downloading the PDF.